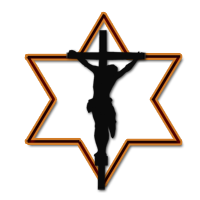 In 1949, several years after WWII and without the means to establish a farm, his family—parents and little sister—moved to Comanche County, Texas where his father’s brother helped them to acquire temporary shelter in an old one-room slave house and a 40-acre farm to sharecrop. There he quickly became aware of the demands of living self-reliantly off grid, off city water, without indoor plumbing, and without assistance from a welfare state. In those days, if they didn’t grow vegetables, milk the cow, raise and slaughter pigs, raise chickens, harvest wildlife, and preserve their own food, they didn’t eat, especially in winter. They eventually moved to a small house that had electricity, but still obtained water from a hand-dug well and made use of a privy with Sears and Roebuck catalogues and corncobs in lieu of toilet paper.

In 1954, following the tragic loss of their farm equipment to a fire, including the tractor, his disheartened father returned them to Alabama where he obtained work in a veneer mill near Selma. They later relocated to Mobile where his father became a common laborer, moving from job to job, anything that provided enough pay to meet their basic survival needs. At the age of twelve, Johnny mowed lawns to help pay the bills and provide for his own needs.

On his seventeenth birthday, he enlisted in the U.S. Air Force, later transferring to the U.S. Army where he became a Special Forces soldier, a Green Beret. He completed training at the
U.S. Army Special Warfare Center at Fort Bragg, North Carolina in the spring of 1966 and began a career serving on Special Forces A teams in Europe, Asia, and Central America, including a combat assignment to Special Forces A team 102, Tien Phuoc, Vietnam, 1967-1968. He became proficient in guerrilla warfare strategies and tactics, communications, intelligence gathering, and guerrilla group organization and operations.

After retiring from the Army in 1982, he worked for several government agencies over the next thirty years in significant positions involving national security and emergency preparedness program implementation and policy-making. These roles provided him with knowledge of the national security policy relating to continuity of government and continuity of operations with insight into what will take place with the senior leadership when the Schumer hits the fan and the nation falls into a state of absolute anarchy.

This combination of experience and education in off-grid, self-reliant living, guerrilla warfare, and national security policy imbued him with unique insight into today’s individual and group prepper survival needs and requirements and gave him the skills and knowledge needed to defeat organized gangs and other bad guys and assist refugees under a state of absolute anarchy.